How one woman's autistic son inspired her autism-focused small business

Frustrated by the lack of services for her son, a South Shore mom took matters into her own hands.

As proud parents everywhere prepare to see their children take the walk in their cap and gowns, Connor's family, particularly his mom, Patricia, can feel an extra special sense of accomplishment, satisfaction, and joy. Not only for her son's achievement, but for her own.
It was two decades ago when doctors told Patricia Antonellis that her two-year-old son was more than likely "retarded," a now-offensive term for someone with cognitive impairment. Moreover, they said there was an 85 percent chance Connor would never speak. Compounding the circumstance, finding treatment for Connor's diagnosis of severe autism was nearly impossible. 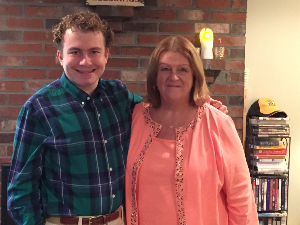 Today, as National Autism Awareness Month winds down, not only is Connor on the brink of a tremendous personal achievement, but his mother is the proud owner of a small business she built from scratch in pursuit of better care for her son.
''There were very minimal services available for him in the area, and we really had to push through every avenue and fight hard to get any level of services," says Patricia, a college professor at the time and now the operator of Children Making Strides, which started as a three-person organization in 1999 and now services 100 children with more than 40 staff members. "The state hadn't included autism under its auspices to provide services through early intervention, and the school systems really had no specific programs for children like Connor. At the most, we were getting a couple hours of service a week and that's it."
Through intense research of her own and perseverance, Patricia honed in on a treatment discipline called Applied Behavior Analysis, a scientific program pioneered in the 1960s by doctors at University of Washington and University of Kansas. ABA, as it was called, was showing marked progress in autism treatment of children. Today it is considered the gold standard for autism treatment, but back then its association with B.F. Skinner's "Behavior Modification" techniques raised concerns.
"When Connor was diagnosed, the statistics were something like 1-in-10,000 kids were diagnosed with autism," Antonellis says. "But numbers were rising."
Now called autism spectrum disorder (ASD), it is a developmental disability that can cause significant social, communication, and behavioral challenges. The Center for Disease Control says there is often nothing about how people with ASD look that sets them apart from other people, but people with ASD may communicate, interact, behave, and learn in ways that are different from most other people. The learning, thinking, and problem-solving abilities of people with ASD can range from gifted to severely challenged. Some people with ASD need a lot of help in their daily lives; others need less.
"A diagnosis of ASD now includes several conditions that used to be diagnosed separately: autistic disorder, pervasive developmental disorder not otherwise specified (POD-NOS), and Asperger syndrome. These conditions are now all called autism spectrum disorder," the CDC notes.
All Patricia Antonellis knew at the time was that Connor was responding dramatically to the ABA program and that many other parents in southeastern .Massachusetts had a need for similar services.
"People were hearing about my son and how he was making tremendous progress. They would ask me what I was doing, and I would talk to them on the phone and then the neurologist I was working with would tell another parent to call me and I would discuss treatment with that parent. It was just a grass-roots thing."
That "grass-roots thing" led to the founding of Children Making Strides, a then three-person organization for in-home treatment of children with autism.
"I did the bookkeeping, I manned the phones, I cleaned the offices on Saturday," Antonellis says. "We were treating probably three children at the time."
The organization's launch in 1999 coincided with a growing recognition of the need for autism services (diagnoses had climbed to one in about 60 children) and the Commonwealth of Massachusetts accepted Antonellis's plan to become a certified special treatment center.
And in starting her business, Antonelli had some help along the way:
"I work closely with each client seven days a week to support their borrowing needs, be their advisor, and advocate for them on all their financial banking needs," says Nanette Davidson, the vice president for Rockland Trust's Cape Cod business banking group who has worked closely with Children Making Strides. "We work together as a team so that their vision becomes reality, from start up straight through to succession planning."
Soon after starting, business took off. Children Making Strides now has locations in Pocasset and Plymouth, and provides early intervention programs; home, community, and school services; social skills programs; and parent training plans.
And its commitment to helping those with autism also garnered Children Making Strides some helpful allies: "We decided to support Children Making Strides because of their commitment to the autism community on the Cape and Islands and South Shore during Autism Awareness Month," says Nanette Davidson, the vice president for Rockland Trust's Cape Cod business banking group who has worked closely with Children Making Strides.
"Treatment methods haven't changed much over the years," Antonellis reflects. "ABA is the one proven therapy we can document with data."
But awareness of the disability has dramatically changed as has the hope that autism can be successfully treated and significantly diminished.
"I could double my clientele if I could double my staff," Antonellis says. "The biggest challenge we face is finding qualified people."
She knows that pay rates for autism workers might be the leading factor in discouraging more people to enter the field.
"I'm sure pay is an issue, but I have to say that it's more rewarding when a child greets you at the door each day with a 'Hi Pat,' when six months earlier, he wouldn't look at you, couldn't speak, and didn't respond to you. You can't describe how rewarding that is." 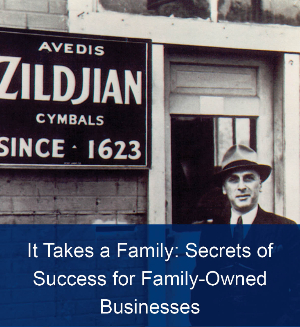 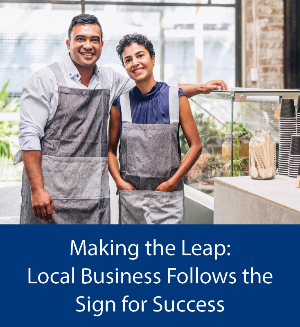