A nondescript two-story brick-and-shingle commercial building on Newport’s picture-perfect waterfront utterly belies the controlled chaos going on inside. Even the small red and white sign on the front, framed by little brick and cement columns, barely hints at the breadth and scope of the enterprise it announces. “Phoenix Bulk Carriers” could easily be a package delivery service to any passerby heading down to their pleasure boat in this scenic, seaside town.

Instead, it is command central for Pangaea Logistics Solutions Ltd.—Phoenix is a subsidiary—one of the few U.S.-based dry bulk shipping operations. It’s here where several dozen people act as round-the-clock maritime traffic controllers for nearly 60 giant cargo ships the company owns and operates as they steam in and out of ports around the world from Europe and Africa, to Asia and the Caribbean, and even the Arctic.

Unlike the bulk container ships that move exotic items, like mangoes and Bluetooth headphones, Pangaea’s vessels move cargo that is decidedly unsexy, yet no less vital to day-to-day life. On any given day, Pangaea’s ships carry raw materials, like grains, pig iron, hot briquette iron, bauxite,cement clinker, dolomite, and limestone; stuff we never think about, yet probably own in some form or another. If you have a car, aluminum foil or siding on your house, and Cheerios in the kitchen cabinet, there’s a good chance Pangaea brought their ingredients to port.

And it didn’t happen easily.

“It’s herding cats,” says Ed Coll, Pangaea’s co-founder, chairman, and CEO. “We’re not UPS. Nothing ever goes the way it’s supposed to. If you have a day when you don’t have a challenge, it’s a very rare day.”

And how a company innovates its way through challenges is a key to surviving. Pangaea’s creative thinking was on big display three years ago when it became the first bulk carrier to traverse the Northwest Passage through Canada’s Arctic region in a trailblazing move that is expected to lead to a time-saving route for all global shippers.

Escorted by a massive ice-breaking vessel, the company’s Nordic Orion carried 15,000 tons of coal from Vancouver to Finlandvia an icy arctic route over the top of the world. Difficult? Absolutely. But the trip shaved four days off the usual travel time and saved more than$200,000 in expenses.

The state of the shipping industry

Focused on their computer screens and glued to their phones, Pangaea controllers guide, manage, maintain,and monitor the progress of the company’s giant vessels and can be heard discussing the latest crisis or issue at top volume in French, Mandarin, Italian,Portuguese, Greek, Spanish, and a half-dozen other tongues.

This is all taking place against a backdrop of roiling world events of which these controllers must be hyper aware.Geopolitical turbulence, fluctuating commodities and oil prices, the state of shipping markets, and of course weather conditions all have to be considered in real time as the ships navigate the seven seas.

It’s how Pangaea and its people meet these crises that sets it apart from its competitors, Coll believes. And if there was ever a time to distinguish one’s company from its competition, this is it. The world’s bulk shipping business is in the tank. While historically volatile and cyclical, the shipping industry this year experienced its most dismal time ever.

“The shipping industry right now is the worst I’ve ever seen it in 35-plus years in the business,” says Coll. “It’s a very difficult time generally.”

You don’t have to be an experienced maritime analyst to understand why. It wasn’t that long ago that a shipping company could charter a vessel for about $100,000 a day. Now the average price is $6,000 a day, mostly as a result of plummeting oil prices, a shipper’s largest expense.

But there are other, more ominous, indicators.

“The simple explanation is there are too many ships and not enough cargo,” Coll says. “Years ago, when the industry was riding high, everyone thought the good times were here to stay or that the business would keep growing, and they all ordered more ships and overbuilt thinking prices would keep expanding forever. Commerce hasn’t really changed, there’s just too many boats.”

Orders for new ships have dried up. William Bennett,a senior analyst at Vessels Value in London, which follows the cargo markets,says companies ordered about 1,500 new vessels in 2015, but fewer than 300 this year.

"There's just no appetite for ordering at the moment,” Bennet told NPR earlier this month. Consumers probably won’t be affected, he said, but ship owners and carriers will be, and most are drowning in red ink.

“Much of the industry’s business in recent years has been based on China,” Coll says. “China pulled up the whole market because it was expanding so fast.”

How Pangaea has kept afloat while the shipping business has listed heavily is a study in business innovation, experience, and adaptability.

If the price of aluminum falls, so does the cost to transport it, and vice versa. That’s what happened this year when one of the country’s largest aluminum producers, Noranda Aluminum, filed for Chapter 11 bankruptcy protection, a move that substantially hurt all its creditors and contractors, including Pangaea.

“Ships get arrested on occasion, and container companies have gone bust in the past, but the difference here is a matter of scale,” said James Baker, editor of Containerisation International, a publication of the British shipping journal Lloyd’s List. “We’ve never seen such a large line go down so comprehensively in such a large way.”

The industry, which was accustomed to annual growth rates of 6-8 percent, has suddenly had to adjust to no growth, or worse.Shipping companies are trying to become more efficient and cut costs. Mergers and acquisitions are occurring at a record rate. And many ships are being dry-docked. Vessel Value’s Bennet believes more than 1,000 ships need to be scrapped before the market will recover.

Pangaea, which has operations in Singapore, Greece,and Denmark and is a customer of Rockland Trust, has not been able to avoid the industry’s turmoil. In the second quarter of this year, its revenue fell more than 12 percent while its net income dropped from $5.4 million to just $129,000 in the same period. The company’s stock, which is traded Over-the-Counter, has fallen from nearly $10 per share two years ago to $2.60 per share.

Yet despite all of that, Pangaea is still able to report profits when many of its competitors cannot. “We are still operating profitability through the most distressed shipping market in history,” Coll said.

“Our industrial clients allow us to schedule cargo, ship it, and pick up another in one to two days,”says Peter Koken, vice president of Phoenix Bulk Carriers. “So if we’reshipping, say, from Jamaica to Europe, we look to find another voyage so the ship won’t have to return empty. That process is 24 hours a day, 365 days ayear and it reduces spot time when your ship is earning no money but still has fixed costs.”

Koken says another differentiator is the company’s role as not just a shipper, but a partner and advisor to clients.

“We are a solutions provider in the transportation business,” he said. “We get to understand the client’s business and the issues facing the company that might lead to solving problems from them outside simply providing transportation.”

Koken ticks off examples of finding a better and less expensive way to provide diesel fuel to a client that wasn’t necessarily looking for a new fuel provider. Another example involved a client that was building a new port along the marshy east coast and needed a massive supply of concrete or rock for foundation. Pangaea just happened to have a gold mining company in Canada that was looking to unload huge amounts of gravel and limestone.

Problem solved for both clients.

Many shippers, Coll says, are really investors that don’t forge relationships with clients. In fact they don’t even see the clients.

“We call them tonnage providers,” he said. “They’ll buy a ship like someone buys an apartment building. They have someone else run the business since they have no ability to actually run the ships. To them it’s all numbers. They don’t really participate in the business.”

Standing on a second-floor deck outside his offices overlooking the Newport harbor, Coll says he looks for certain qualities in the people he hires.

That innovative thinking was behind the Arctic passageway Pangaea started.

Within a little more than a year, more than 70 ships carried 1.35 million tons of goods through the Northwest Passage. Market conditions, particularly the drop in oil prices, have lessened the viability of the Arctic route, but some analysts expect it will become a more regular route of passage, particularly if the pole continues to melt at its present pace.

Surveying the current state of the industry, Coll is optimistic. And there are some signs of recovery. Economic conditions in China have improved to a degree, for starters, and Pangaea is poised to capitalize on the upswing.

“Over time, things will come back into balance,” says Coll. “Some of the ships will disappear, and we’ll get back to a more normal environment. I think it will happen within the next two years.” 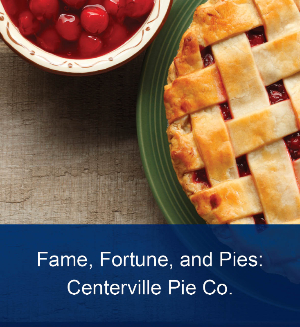 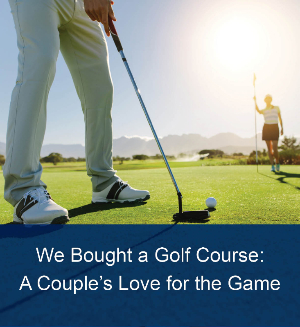