Karen Cozza and Sonny Caliendo have a lot in common. They both run small businesses in Eastern Massachusetts. They're also both United States Armed Forces veterans.

Each respective veteran's business model may differ, but the ways in which they approached their ventures were quite similar. Both agreed that it was the relationships they formed early on that helped get their businesses off the ground. It's also paramount for both veteran-run businesses that they are active within the community.

In Sonny Caliendo's case, he walked into the Hanover branch of Rockland Trust and struck up a conversation with Joe Moser, Vice President, Business Banking Officer. Sonny attended Moser’s Business Resource Advisory Group (BRAG), and then the two worked together closely to procure a line of credit for Sonny’s Corpsman's Apothecary retail business, whose mission is to provide clients with a quality and consistent portfolio of grooming products, which are also 100% made in the USA.

"You can't conquer the world, until you conquer your neighborhood," according to Sonny.

Sonny served as a plane captain and master mechanic on Sikorsky CH-53E Super Stallion helicopters, a unit marksmanship instructor, as well as a unit martial arts instructor in the Marine Corps. To this day, he applies the tenacity and discipline he learned in the Marines to his small business, which operates out of Hyde Park, Mass.

Since Corpsman’s Apothecary’s inception they’ve been committed to donating 10% of net profits to The Heroes Project, which makes the impossible a reality by empowering our injured community through physical and emotional training. These expeditions challenge wounded soldiers to redefine their personal limits after an injury. Sonny’s work with the Heroes Project reinforces his business’s mission to give back to the veteran and first responder communities by helping to improve their quality of life through outreach, donations and job opportunities.

Down the Cape, where TapTastings became the No. 1 tour on Cape Cod after its inaugural 2019 year, the Cozzas were quick to reconnect with Nanette Davidson, Vice President, Business Banking Officer. Leslie had worked with Rockland Trust earlier in her career and knew that if anyone could help her to launch a business – it would be her friend and former colleague, Nanette. With the support of both Nanette and Sandwich branch manager, Erin Frost, to help them understand the right path forward – for them, it began with opening their business checking account.

Like Rockland Trust, for Karen and Leslie, "each relationship matters" when it comes to building connections and business partnerships. It is these relationships that have helped them promote their name out into the community.

"You've got to put yourself out there," Karen said. And once you make these connections, "then, (these new contacts) will know you; they'll think of you and reach out," when opportunities arise.

Karen began her military career as an aircraft mechanic in 1980, rising through the ranks to become the first woman named to the position of Wing Command Chief in Massachusetts. Her career spanned Germany, San Antonio, Korea. Then, from 1990 until 2018, when she retired, Karen worked in aircraft maintenance and military intelligence at Otis Air National Guard Base. She credits the military for helping her develop the attention to detail and people skills that are helping fuel TapTastings’ success.

TapTastings’ word-of-mouth continues to grow, as they provide engaging rides for their brewery and winery tours. By picking up guests at their home or rental property and returning them at the end of the tour, they can ensure that safety and well-being of every rider. In many cases, Karen and Leslie are there for the milestone moments in the lives of their passengers – from bachelor parties, birthdays, and more. The relationships and memories they have formed along the way are the heart of TapTastings.

It takes a village

In addition to thanking veterans for their service, it's also important to recognize their positive contributions to the local small business community. Veterans, in many ways, are the perfect candidates to own their own business. Military personnel often complete their service earlier in life to free up time and space for whatever their next passion is. And they can take the multifaceted talents honed while serving their country into their next endeavors.

Karen and Sonny are certainly no exceptions to this rule. In Karen’s case, she went from taking care of her troops in the Air Force, to taking care of her passengers on the TapTastings tours. And Sonny says he applies the same "discipline, commitment and persistence" to his Corpsman's Apothecary business that he had applied in the Marines. Even after he had been turned away from larger banks for financing, he knew there would be a way by his unwavering will.

Both businesses enjoy being part of, and giving back to, the communities they serve. 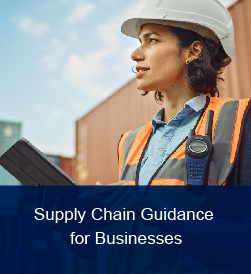 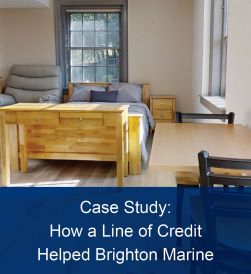