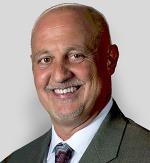 Prior to joining Rockland Trust, Eric was Vice President of Commercial Lending with TD Bank. He worked at TD Bank following the acquisition of Banknorth MA where he first served as a Senior Credit Analyst and then a Portfolio Manager. He started his retail banking career at Shawmut Bank/Fleet Bank as an Underwriter for the Commercial Banking team.

A graduate of Fitchburg State College, Eric has a Bachelor of Science in Business Administration. In his spare time, Eric serves as the Treasurer for both the Fitchburg Street Hockey League and the Sean O’Connell Memorial Scholarship program. 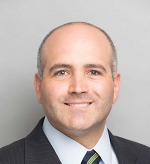 Peter brings over 16 years of commercial banking experience in Worcester County. In his new role, Peter will oversee Rockland Trust’s business development and commercial relationships in Greater Worcester. Peter previously worked for TD Bank. Starting as an Insurance Representative, Peter quickly moved up within the company, working as a Vice President and Senior Commercial Relationship Manager.

A graduate of Worcester State University, Peter has a Bachelor of Science in Business Administration. He maintains close ties with alumni, as a member of the board for Worcester State University’s Foundation. Peter is also a member of the board of Trustees for Barton Center for Diabetes Education. In the past, he served as a board member and former President of the Worcester Young Bussinessmen’s Association.

Rockland Trust’s Commercial Banking Group has more than 50 commercial lenders and 17 lending centers throughout Massachusetts and Rhode Island. With a lending capacity over $100 million, the Commercial Banking Team has broad experience in areas such as asset based lending, commercial real estate, construction and land development, equipment financing, commercial mortgages, tax-exempt bond financing and low income housing loans. In addition, the team can meet all the financial needs of its customers with additional services such as business deposit products, merchant and foreign exchange services, and cash management services.

Independent Bank Corp. (NASDAQ Global Select Market: INDB) is the holding company for Rockland Trust Company, a full-service commercial bank headquartered in Massachusetts. Named in 2019 to The Boston Globe’s “Top Places to Work” list for the 11th consecutive year, Rockland Trust offers a wide range of banking, investment, and insurance services.  Rockland Trust serves businesses and individuals through more than 100 retail branches, commercial and residential lending centers, and investment management offices in eastern Massachusetts, including Greater Boston, the South Shore, the Cape, and Islands, as well as in Worcester County and Rhode Island. The Bank also offers a full suite of mobile, online, and telephone banking services. Rockland Trust is an FDIC member and an Equal Housing Lender. To find out why Rockland Trust is the bank “Where Each Relationship Matters®,” please visit RocklandTrust.com.