PEMBROKE, MASS. -  Three years ago, Ron Fedele admittedly “knew nothing” about social media.
“I know how to push buttons on the computer, but my son is the savvy one when it comes to social media,” said Fedele, the owner of Fedele’s Chocolates, a 30-year-old homemade confection shop in Pembroke.
Today, Fedele said he’s a social media convert - and with good reason. With just a small toe dipped into the social media sea, Fedele has seen sales increase by at least 10 percent from social media activity. And he’s only just begun.
“We’ll have a significant increase in sales for whatever product we highlight on Facebook,” he says. “We just came off the best Valentine’s Day we’ve ever had and I didn’t do one bit of traditional advertising. We still have Yellow Pages, but I don't think for much longer.”
Fedele’s Chocolates’ Facebook friends doubled in the last year “without even trying,” Fedele said. On top of that, Fedele’s local family business, which also has a storefront in Plymouth, opened up a national market for its hand-dipped chocolates after applying to amazon.com and qualifying as a seller. The process required a rigorous series of questions about topics like the nutritional value of products, a 48-hour shipping guarantee, and Fedele’s return policy, he said.
“I know my demographic and we always considered our market to be within a 30-mile radius of the shops,” Fedele said. “But now we’re selling fudge from Maine to California. It’s amazing.”
New strategy paid off 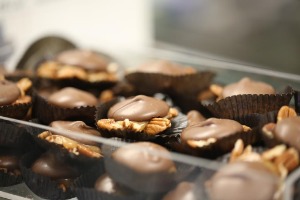 In 2014, Fedele’s budgeted $3,000 for marketing during the Christmas season. This Christmas, the budget was slashed to $300, yet sales increased dramatically due, he believes, to his social media efforts.
“People find you online and then they share that with someone else and that’s how we expand our market,” he said. Fedele’s experience, although clearly on a small scale, is reflected at many small to mid-sized companies and even at large corporations that have come to realize the great potential of social media marketing.
No longer an afterthought or a “let Kenny the intern manage our tweets,” social media has transformed sales, brand awareness, and consumer outreach and is now considered a sophisticated and successful marketing tool.
Yet it is still in its infancy, in many ways.
“It’s still a new concept for many companies,” said Meghan Malloy, a Boston-based PR/social media/marketing professional. “Many still see social media as an advertising tool, but it’s really a community engagement and consumer involvement channel.”
Malloy says she is still surprised at the number of companies that have not embraced social media’s potential.
“I often will look for partners or vendors to tag on client posts and won't find them because they either aren't on social media, aren't active, or only use Facebook,” she said. “It happens just about every day that a brand you might think would be active just isn't there.”
Companies that still see social media channels as simply another space on which to hang a banner or post traditional advertising are making a mistake, said Malloy.
“It’s not a billboard or a postcard,” she said. “You could mail 5,000 postcards and just hope someone got them. Or you could use social media to seek out influencers you want to interact with and engage. In that sense, it’s really old-fashioned in a way because it’s getting back to having one-on-one relationships with your client. It’s about turning your customers into ambassadors for your brand.”
Carol Sapoznik, co-owner of Olive Connection, an artisan specialty food store in Brookline, said the store’s profile was dramatically elevated via social media when it recently entered the market.
“As a shopkeeper, we depend on foot traffic, but also on social media because it creates larger brand awareness and helps people who might not be nearby keep the business in mind,” she said. “Social media has helped to drive tasting event traffic as well as to encourage bloggers to come into the store. We often see immediate, short-term results, such as a spike in event registrations or purchase of a certain gift basket after a post.”
Inbound marketing
The concept has been termed “inbound marketing,” and it’s big business. Pioneered by companies like Hubspot in Cambridge and California-based Marketo and Pardot and others, the inbound techniques are proven to lower advertising and marketing costs while boosting customer response and leads.
Hubspot’s studies have shown inbound techniques can drop a company’s traditional marketing costs by 40 percent. Its clients, Hubspot said, attract average 3.5 times more monthly visitors to their websites using the inbound strategies. An MIT Sloan graduate student study found nearly 70 percent of the companies reported revenue growth using inbound marketing strategies.
The concepts work because the Internet has turned what used to be a controlled, one-way message into a real-time dialogue with millions. About 85 percent of adult Americans use the Internet, according to the Pew Research Center, and nearly 80 percent of those say they have used the Internet to conduct online product research.
Other research has found:
So why hasn’t everyone jumped on the bandwagon?
“People are busy, their budgets are tight, and there’s still a level of skepticism out there,” said Malloy. “Some expect results immediately and they lose interest if they don’t see benefits right away. We’re telling a story, selling a brand, and building website traffic and it takes some time.”
Chocolatier Fedele concedes there are many other avenues of social media on which he could be capitalizing.
“There’s a lot more I could do, but I don’t really have the capacity right now,” he said. “We’re a very basic, traditional, small family business. If I get more active on social media I’ll have to increase my output, hire more people, and maybe convert to making chocolates by machine. I don’t want to do that. We’re still hand mixing our chocolate in copper tanks.”
To summarize in less than 140 characters, Fedele’s is an old business that has adopted new digital marketing concepts, and they’re paying off.
SOCIAL MEDIA TIPS FOR SMALL BUSINESS OWNERS 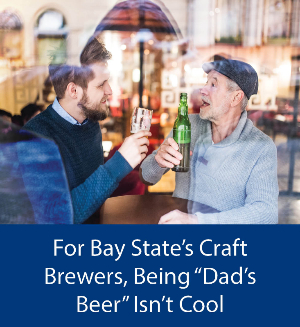 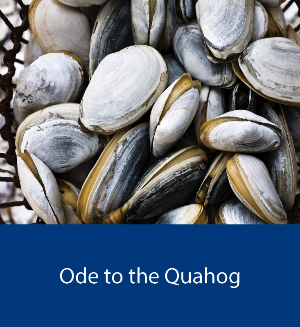