If it seems like you receive a greater number of charitable donation requests before year-end, you’re not mistaken. The last few months of the year comprise what is called “the giving season” by the nonprofit community.
In a recent national survey of 500 nonprofit organizations, slightly more than half (50.5%) said they received the majority of their individual contributions between October and December.

While the spirit of the holiday season may partially explain the greater generosity of charitable donors at year-end, the primary reason for more giving is practical: the chance for donors to potentially convert their contributions into tax deductions. To be sure you’re maximizing the tax-reduction value of any planned charitable giving, here are some guidelines:

Contribute well before year-end
Amazingly, nearly one-fourth (22%) of online gifts to charities are made in the last two days of the year, according to a recent study of giving patterns. Why be among the crowd and deal with the stress of a potential online traffic jam? Take your time on determining the charities you wish to support and plan to make your contributions — online, by mail or in-person — well before year-end. 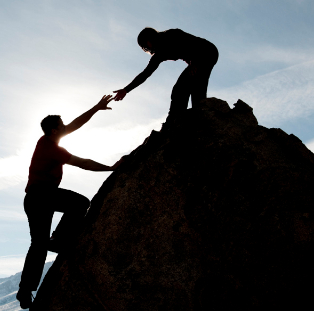 Give thoughtfully and strategically
On average, Americans spend about four times as much time researching television purchases than they do checking out charities, according to a comprehensive survey of donor habits, which also found that two-thirds of donors do no research at all on their charitable contributions. Your money matters; put it to its best use by donating thoughtfully and strategically. Based on your individual and family giving philosophies, consider giving to organizations with the greatest need and/or the greatest ability to make a difference to those they serve. Gain key insight about such organizations through a charity rating service such as Charity Navigator.

Know what’s potentially deductible
For a cash or goods donation to be considered deductible, it must be made to a qualified charity. The IRS maintains an online list of qualified charities, but it’s not necessarily comprehensive; check with your tax advisor if you’re uncertain. While anything that has legitimate value — clothing, household items, furniture, etc. —is potentially deductible, bear in mind it needs to be in at least “good used” condition or better, per IRS rules. Know too that all cash and physical items gifts of $250 or more require written documentation from the recipient. Donations that cannot be substantiated will not be allowed.

Know the benefit of charitable deductions
Have you enjoyed a banner year financially? Concerned about the potential tax hit you’ll take from collecting a recent windfall? If so, charitable contributions may help offset some of that tax hit — however, it’s not the dollar-for-dollar benefit many often believe. In general, those who are able to deduct their charitable contributions typically reduce their tax bill by a percentage that roughly matches their tax bracket. For example, if you are in the 25 percent tax bracket, you may reduce your taxes by about a quarter for every dollar donated.

Trust in Rockland Trust
However you choose to allot your funds for charitable contributions, Rockland Trust is here to serve as your financial partner, providing you with the money-management tools, expert resources and comprehensive financial records you need to achieve your goals. Contact your Rockland Trust representative for more information.